The highly anticipated fourth season of BoJack Horseman hits Netflix this Friday, the eighth. I was going to make some ambitious predictions about what would happen in it, but come on, we’ll get to find out for ourselves one way or the other in four days—and if you don’t want to wait that long, there’s plenty of supposedly “spoiler-free” reviews out there that all still manage to spoil half the season and probably debunk the crazy theories I was planning to publish. So here’s a bunch of really safe predictions instead.

BoJack Will Spend Part Of The Season Out In The Desert

BoJack likes to disappear for days or months at a time. There was his two-month escape from L.A. to New Mexico in Season 2, not to mention his propensity for going on wild benders, peaking at the end of Season 3 with his months-long binge with Sarah Lynn. It’s pretty obvious that he’s going to go on another one at some point, and his near-suicidal drive into the desert at the end of Season 3, stopped only by his epiphanic vision of a pack of running horses, seems like the perfect starting point. In all likelihood, this will spur him to once again spend some time away from Hollywoo in pursuit of some better way of existence.

Also, the Season 4 trailer opens with Diane saying that she hasn’t “heard from [BoJack] for, like, three months”:

We’re getting a little deeper now, by which I mean that we’re looking at stuff that is shown in the second five seconds of the trailer rather than the first. At the end of last season, Diane received an opportunity to work at GirlCrush, a Huffington Post-style blog where it was promised she’d have the opportunity to work on stories with actual meaning, like the allegations surrounding Hank Hippopopalous. But in second eight of the trailer, it’s heavily implied that nobody reads what she writes, and by her sigh of disappointment, we can assume that she’s not happy about this state of affairs.

Also, Mr. Peanutbutter is running for governor. We’ve seen in the real world the toll that political candidacy and office can have on a spouse. In other words, Diane probably isn’t getting any relief at home from her unhappy work life. Plus, later on in the trailer is a chilling shot of a growling Mr. Peanutbutter pinning Diane against a wall bedecked with a campaign poster. Seems pretty safe to say all is not well for Diane.

Todd Will Get Up To Hilarious Hijinks

In the trailer, Todd is shown in an array of ludicrous lurches, including:

Given the character’s history, it’s probably safe to assume that these situations are the result of, or constitute part of, a continuation of the sort of crazy capers and bodacious buffoonery he’s become known for, and furthermore, that these are probably not the only examples of kooky knavery, silly shenanigans, or eccentric espièglerie in which he will partake during the season.

This is an easy one. I mean, look at her Wikipedia page. 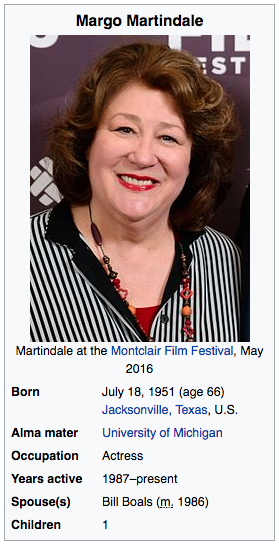 There’s a “Born” listing, but no “Died” listing. She’s definitely still alive. Well, at least at time of writing. (September 4, 2017, 3:20 PM EST.) And, I mean, even if she were dead, she wouldn’t really be, because her Emmy-winning performance as folksy-but-ruthless backwoods crime matriarch Mags Bennett in season 2 of Justified will live on through the ages.

Vincent Adultman Will Be Back

In any case, he’s definitely going to be back this season. The showrunners will have heard the fans, and the fans want to see Hollywoo’s number one stud in action again: 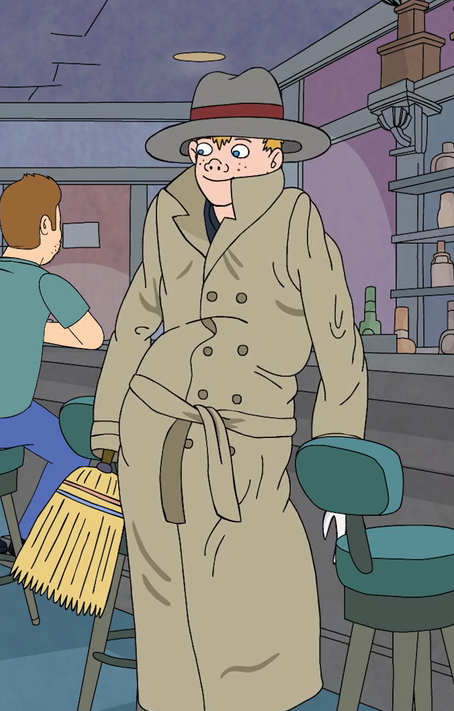 You can bet they’ll give ’em what they want.

Episode 11 Will Be Amazing

The eleventh and penultimate episode of every BoJack season so far has been reliably one of the show’s best, and interestingly, always better than the final episode. Season 1 had the utterly bonkers drug trip of BoJack, Todd, and Sarah Lynn trying to rewrite his whole biography in a week. Season 2 gave us BoJack’s stay with Charlotte and her family in New Mexico before ending with a gut-wrenching display of the depths BoJack was capable of sinking to. Season 3 combined the best of Seasons 1 and 2, with BoJack and Sarah Lynn embarking on a cross-country bender before closing with the show’s darkest moment yet. We don’t know what approach it’ll take, but it’s a pretty safe bet that Season 4’s Episode 11 will follow in the steps of its forebears.

The only question is, will this season’s Episode 11 be the one with the creepy clown dentists? Well, check out this screenshot from the trailer:

BoJack, Continuing His Trend Of Brutally Alienating Himself From His Friends, Will Next Create A Permanent Schism With Diane, In Turn Causing Mr. Peanutbutter To Turn On Him, Which Will Finally Push Todd’s Loyalties To The Breaking Point, Ultimately Rendering BoJack Alone And Increasingly Distanced From His Former Friends’ Lives, A Mounting Isolation Which Will, Much Like Tyrone Slothrop In Thomas Pynchon’s Classic Postmodern Opus, Gravity’s Rainbow, Result In BoJack, Forgotten As He Descends Further And Further Into His All-Consuming Inner Torment, Slowly Fading Out Of His Own Story And Perhaps Out Of Existence Itself, Leaving His Acquaintances To Act Of Their Own Accord

Do I even need to explain this one? It’s been obvious for a while now.